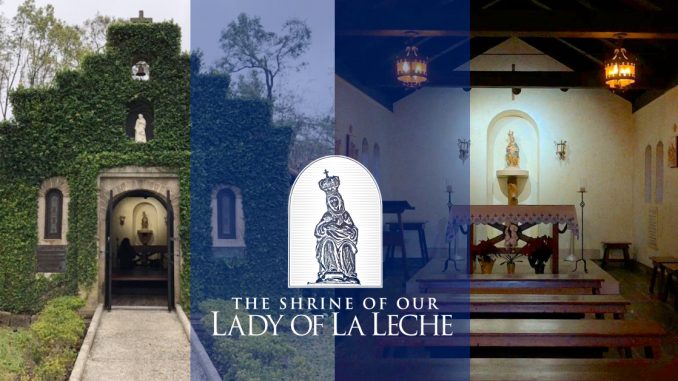 Did you know that the first Marian shrine in the United States is located in the same place as many in other “firsts” in the country? These include:

The location? St. Augustine, Florida, home to the Mission Nombre de Dios and Santuario de Nuestra Señora de La Leche y Buen Parto, or, translated in English, the Name of God Mission and the shrine of Our Lady of Milk (and Happy Delivery).

It was originally established by Spanish settlers in the 1500s. And half a millennia later—on October 11, 2019—the Shrine of Our Lady of La Leche was given even more recognition when Bishop Felipe Estévez of St. Augustine announced that it had been elevated to a national shrine by the U.S. bishops’ conference. Now it is officially known as Our Lady of La Leche National Shrine.

On September 8, 1565—the feast day of the nativity of the Blessed Virgin Mary—Admiral Pedro Menéndez de Avilés came ashore in what is now part of north-eastern Florida with a group of Spanish settlers. Together they would soon found the city of St. Augustine. 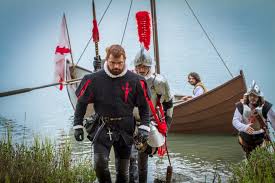 They also encountered a village of Timucuans, a large tribe of Native Americans who had been living in the area for many generations.

On Saturday the eighth the General landed with many banners spread, to the sounds of trumpets and the salutes of artillery. As I had gone ashore the evening before, I took a cross and went to meet him, singing the hymn ‘Te Deum Laudamus.’ The General, followed by all who accompanied him, marched up to the cross, knelt and kissed it. A large number of Indians watched these proceedings and imitated all that they saw done.

Later, the Spanish shared a meal of thanksgiving with the natives in the same location.

Following Menéndez’ veneration of the Cross, thus proclaiming this land in the name of God (Nombre de Dios), Father Lopez celebrated Mass at a rustic altar made of wood.

First the Jesuits and later the Franciscans ministered to the resident Spanish colonists. They made efforts to evangelize the local Mocama and Agua Dulce peoples (Timucuans) near St. Augustine. They were particularly successful in the Mocama village known as Nombre de Dios, converting the chief and her daughter.

Although history paints such “conversions” of Native Americans in a negative light, it is worth noting that the Timucuans are believed to have practiced human sacrifice and inter-tribal warfare as part of their worship of the sun. After converting to Catholicism, however, this all changed.

In 1587, at the beginning of the Franciscans’ first major missionary endeavor into the wilds of the new world, a mission was founded at Nombre de Dios, served by a resident friar.

A formal Franciscan mission was founded near the city in 1587 and was likely the first mission in the continental United States. The mission served nearby villages of the Mocama, a Timucua group which no longer exists due to disease and assimilation with settlers and other tribes. 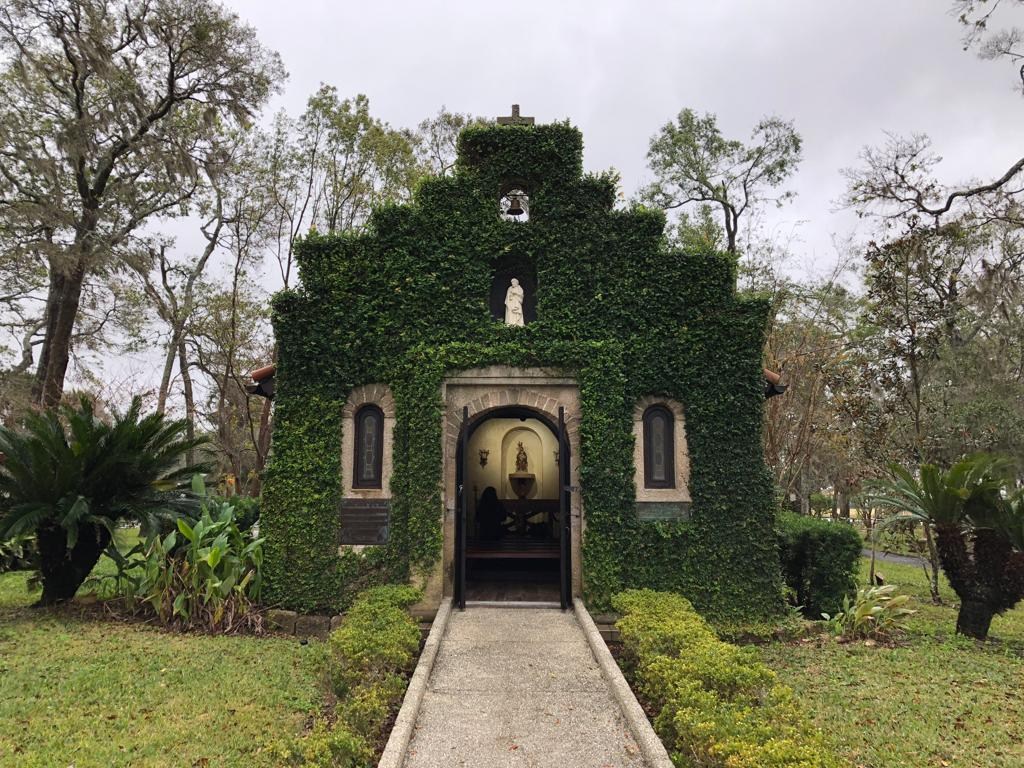 The original chapel was destroyed in 1728 during the British siege of St. Augustine and was rebuilt in 1875 by Bishop Augustin Verot, though it later suffered damage from a hurricane. The current ivy-covered chapel, which seats about 30 people, was built in 1914 and is a replica of previous chapels built of coquina rock—a local rock comprised of sand and seashells formed naturally at the seashore.

Many visitors come seeking blessings and intercessions for successful pregnancy and delivery. The centerpiece of the shrine is a statue of the Virgin Mary nursing the infant Jesus, which is a replica of the Our Lady of La Leche statue placed in a cathedral in Spain by Phillip III.

*Stella Mar Pilgrimages is hosting a unique tour to the shrine. Join them.

These days, the site of all these historic events provides a fascinating glimpse into the rich Catholic history of the United States, not to mention a destination for spiritual enrichment and pilgrimage unlike any other in the world. 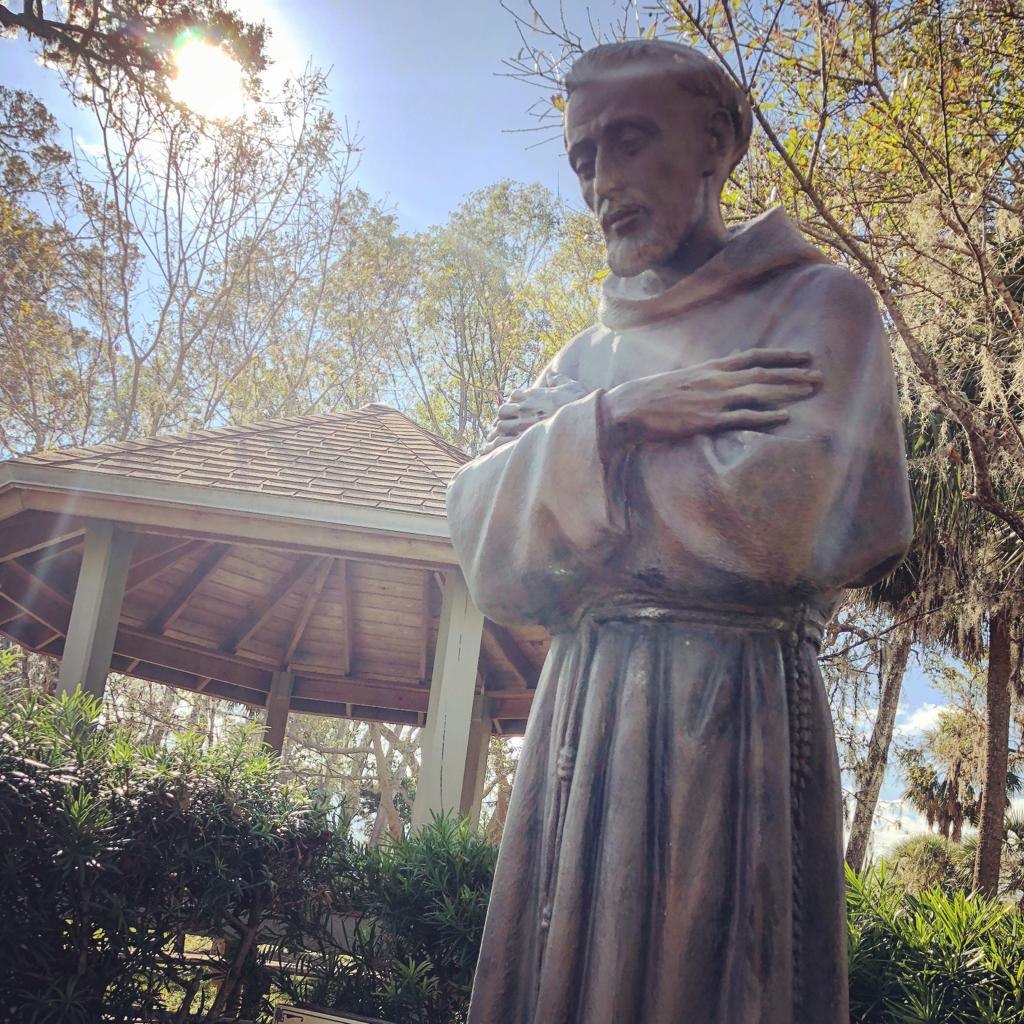 Some of the other notable features of the Mission Nombre de Dios shrine include:

The Great Cross – Towering over St. Augustine, the Great Cross was dedicated by Archbishop Casimiro Morcillo to celebrate the 400th anniversary of the founding of the Mission Nombre de Dios. The cross is made of stainless steel and stands 208 feet above the Matanzas marshes.

Museum – The Mission Nombre de Dios Museum features the original casket of the founder of St. Augustine, Pedro Menéndez de Avilés, though his remains are located in Avilés, Spain. The museum’s exhibits also include vestments and chalices from the Diocese of St. Augustine’s archives, and artifacts found during the archaeological excavations of the mission grounds. 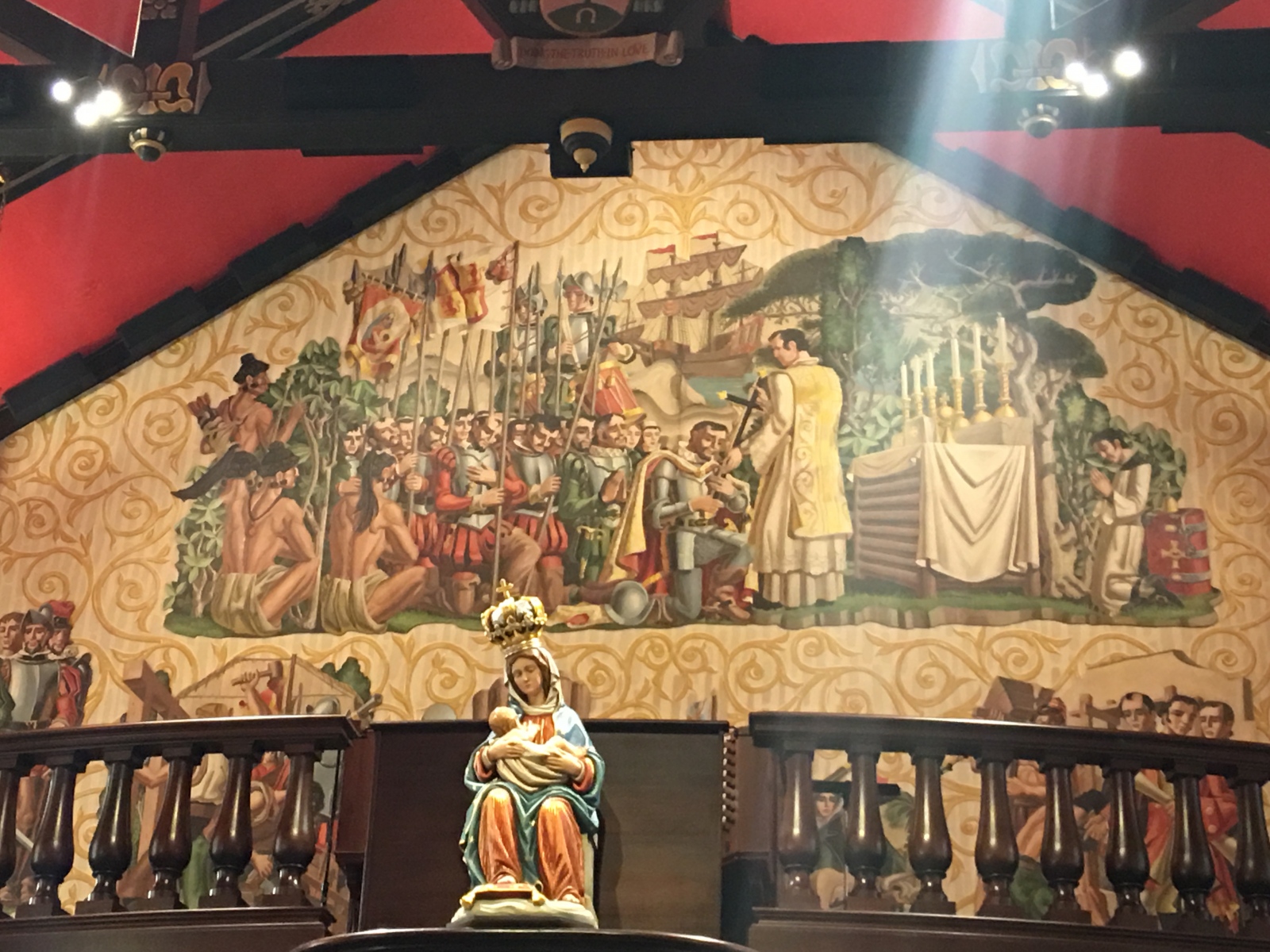 By taking a short stroll through the Mission’s oak-shaded grounds, you’ll discover even more historical sites and places of prayer that make this American shrine so special. Some favorites include:

If you’ve never visited “our nation’s oldest city,” the Mission Nombre de Dios and Shrine of Our Lady of La Leche are reason enough to plan a trip to St. Augustine. And when you’re done exploring the unique Catholic history of the shrine and taking in all the spiritual graces of your pilgrimage, you won’t want to miss St. Augustine’s historic district, tourist attractions, beaches, and more.

Through a pilgrimage, a novel, and a movie! 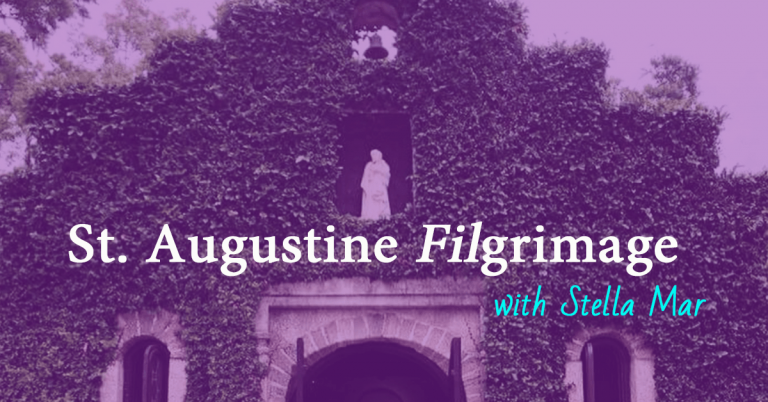 Our film Where There Is Darkness is an official selection in the St. Augustine Film Festival, and St. Augustine is where much of the story takes place because that is where Fr. Rene lived and ministered.

We’ll show you the unique Catholic history of St. Augustine as well as the filming locations for Where There Is Darkness, and part of the tour will follow in the footsteps of Fr. Rene Robert.

Plus you’ll get to take part in the film festival and see our movie on the big screen, followed by a Q&A by the Stella Mar Films team and the movie’s interviewees.

Space is limited, so don’t wait to book! 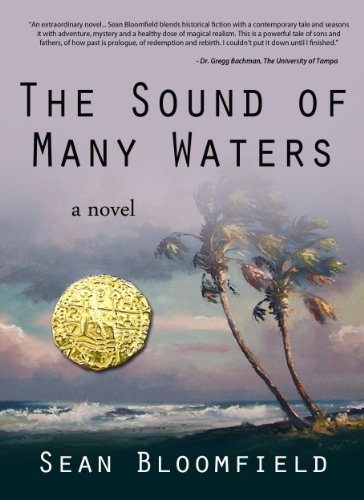 Read Sean Bloomfield’s novel The Sound of Many Waters to learn about the Timucuans and their encounters with Spanish conquistadors and Franciscan missionaries.

The Sound of Many Waters

Available on Kindle and in Paperback – Learn more

Stella Mar Films presents Where There Is Darkness

Having devoted his life to helping the less fortunate, Fr. Rene Robert was regarded as a “living saint” in the tight-knit community of St. Augustine, Florida.

But when Fr. Rene began helping ex-convicts after they’d been released from prison, the people closest to him worried that he was putting his life at risk—especially the local sheriff, David Shoar, one of Fr. Rene’s longtime friends.

So, in April, 2016, when Fr. Rene failed to show up at a church service, Sheriff Shoar immediately put his best detectives on the case and local residents began searching for the beloved priest. It quickly became apparent, however, that Fr. Rene was not just missing—someone had taken him against his will.

True crime documentary WHERE THERE IS DARKNESS follows the nationwide manhunt for Fr. Rene amid a series of shocking revelations and the discovery of a 20-year-old letter in which Fr. Rene seemed to foretell his own fate.

Learn More about the film

Today is the Feast Day of Saint Augustine of Hippo, a profound author and philosopher who shaped the course of Christianity. Patron saint of brewers, printers, theologians, his “Confessions” are some of …

Which Version of the Bible Should I Read?

Douay-Rheims or NABRE? Inclusive Language or Traditional? Confraternity, Holy See or USCCB approved? A search for the perfect Bible can bewilder even the most faithful Catholic. With a dizzying array of …

from catholicshop.com http://ift.tt/2luDLnW Need a good book to read during Lent? Take a look in our book section http://bit.ly/2kQff1X and enter code BOOKS10 during checkout!