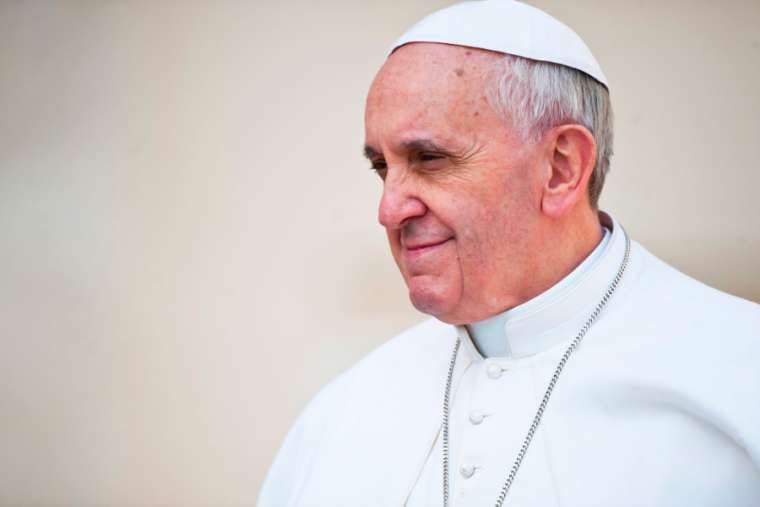 Pope Francis said: “Those who are not in the community cannot take communion – like this Jewish lady, but the Lord wanted to reward her and without my knowledge – why?”

The pope’s comments during the in-flight press conference came at the end of his four-day visit to Hungary and Slovakia.

It was the 84-year-old pope’s first international trip since undergoing colon surgery in July.

Pope Francis began his journey on Sept. 12 with a visit to Budapest, where he offered the closing Mass of the 52nd International Eucharistic Congress and met with Hungarian Prime Minister Viktor Orbán.

The pope told journalists on the flight that he had discussed ecology and his concerns about a “demographic winter” in Europe with Orbán, but nothing about immigration, a topic which the two have differing opinions.

After spending just seven hours in Budapest, the pope departed for neighboring Slovakia the same day and spoke at an ecumenical gathering in the capital city of Bratislava on the evening of his arrival.

In Bratislava, the pope addressed political leaders, offered encouragement to the Catholic community, and visited a homeless center run by Mother Teresa’s nuns on the capital’s outskirts on Sept. 13.

Pope Francis then traveled to the eastern city of Prešov, where he presided at a Byzantine Divine Liturgy on Sept. 14. In the afternoon, he met with members of the minority Roma community in Košice and spoke to 25,000 young people about the importance of the sacrament of Confession.

Before returning to Rome on Sept. 15, the pope offered Mass at the Basilica of Our Lady of Seven Sorrows in Šaštín.

The pope’s flight touched down in Rome’s Fiumicino airport at 3:30 p.m. local time. The 90-minute flight marked the last time that Pope Francis will fly Alitalia, Italy’s long-struggling national airline which is being replaced next month by a new airline called Italia Trasporto Aereo (ITA).

Out of the six questions that the pope was asked during the in-flight press conference, he spent the most time speaking about the topic of abortion and the reception of Communion by politicans who support abortion.

Pope Francis said that many times before a mother realizes that she is pregnant, her child’s DNA and organs have formed.

“It’s a human life, period. This human life must be respected. This principle is so clear,” he said.

The pope said that to those who cannot understand this, he would pose two questions:

During the flight, Pope Francis also answered a question about a resolution in the European Parliament seeking the recognition of same-sex marriages and registered partnerships in all member states of the European Union.