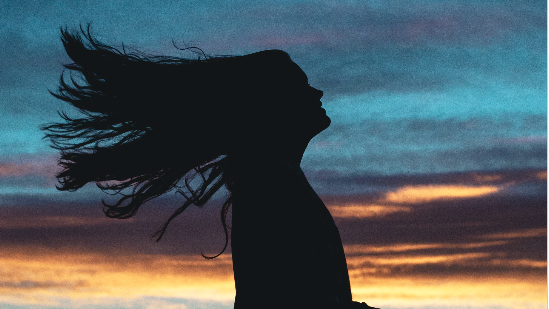 postmodernist theories of the social self have not explicitly acknowledged the religious implications of what they are about. But if you read them closely, you will see that more and more of them are talking about the human mystery in terms that resemble those of the subtlest traditional theologies.

Females, a 94-page manifesto by Andrea Long Chu, who identifies as a male-to-female transgender person, is a blatant example of Booth’s assertion. “Everyone is female,” Chu repeats throughout the book, “and everyone hates it.” If postmodernism sets out to deconstruct social conventions and categories, Chu’s sensational epigrams take readers to the extreme fringes of postmodern thought, making for a satirical take on mainstream feminist discourse.

Chu’s feminism distinguishes itself from the pragmatic and political focuses that feminists have come to be known by. Instead, Chu sets out to venture beyond the surface, even beyond biology, into the realm of ontology. “Femaleness is not an anatomical or genetic characteristic of an organism, but rather a universal existential condition, the one and only structure of human consciousness. To be is to be female: the two are identical.”

To be female, according to Chu, is “to be defined by self-negation,” to sacrifice oneself “to make room for the desires of another…the self is hollowed out, made into an incubator for an alien force.” Chu is not only referring to women’s ability to get pregnant. We are all female to the extent that we are receptive to, and dependent on, the will of another. “To be female is to let someone else do your desiring for you.” The very word “female” derives from the Latin femina: the one who suckles. To be female is to exist “in the structural generosity of others”–to be an object of another’s control. And thus to be human, to exist, is to be female.

Chu picks up a thread that’s been lost in postmodern thought, and perhaps was lost as far back as the dawn of modernity and the enlightenment: humans enter into and exist in the world through a matrix of givenness, relationality, and dependency. Illusions of autonomy and self-definition are laughable to Chu. “The truth is, you are not the central transit hub for meaning about yourself…you do not get to consent to yourself, even if you might deserve the chance.”

This view of the inherent relationality of human agency and identity echoes the “I-Thou” framework of Martin Buber and later personalists and phenomenologists like Emmanuel Levinas, Edith Stein, and Jean-Luc Marion. Except for Chu, said dependency on the other is not something to be celebrated, rather, it’s a dead end. Thus the reason we all “hate being female,” and desperately attempt to “suppress and mitigate femaleness”…which is “in fact the implicit purpose of all human activity.”

Perhaps what’s most interesting about Chu’s manifesto is the critique against feminists who imagine “powerlessness as the suppression of desire by some external force.” Instead, “desire,” Chu asserts, “is an external force.” It is “non-consensual; most desires aren’t desired.” The question is, from which “external force” do our desires originate?

In the cosmological view presented by theologians including Augustine and Aquinas, desire is a gift from God, ordered toward a particular end, and constitutive of our true identity and fulfillment. Theologian Luigi Giussani once said that, “freedom is dependence upon God…And either we depend upon the flux of our material antecedents, and are consequently slaves of the powers that be, or we depend upon What lies at the origin of the movement of all things, beyond them, which is to say, God.” In a godless universe, desire can only be the product of other humans’ whims and power. Thus Chu’s conclusion that femaleness is a curse to be hated and averted at call costs.

Despite Chu’s nihilistic conclusions, Females’ insightful retrieval of an ontology of sexual identity ought to be applauded. Chu’s recognition of woman’s inherent capacity to receive and generate life internally, as much as Chu may deem it to be a curse, speaks to the unique strength, or “feminine genius” as John Paul II would call it, that women have.

Eve Tushnet points to this nuance in her review of Chu’s book:.

For [male Christian saints] the soul is appropriately allegorized as a woman because she is, in Chu’s sense, “female.” All human souls are the fiancée in the Song of Songs: seeking her betrothed, beaten by the watchmen, wandering and beautiful and beloved. Cistercian authors can describe Jesus, abbots, bishops, and apostles as mothers, and St. Bernard can insistently describe himself as “nursing” his monks, because they see motherhood as self-gift; and if gift is loss then the loss of self is to be praised. We feed others with our own substance or not at all.

Tushnet draws an important parallel between Chu’s brand of postmodern theory and medieval mystical spirituality. We are all female in the extent to which we are dependent on Christ, the Bridegroom who impregnates the Church with his grace for the sake of bearing “new life,” or spiritual fruit. Within this view, men can learn from women’s “feminine genius,” and vice versa, to grow into their full humanity. Thus the value of poetry by mystics like Bernard or John of the Cross who construe their poetic voice as that of a bride preparing to be wed to Christ the Bridegroom.

Chu’s postmodern-to-premodern turn creates a space for us to rethink conversation about performativity and gender as social construct. Are there certain feminine/masculine qualities that speak to one’s identity in a way that is more profound, and less confining, than the behavioral norms for men and women pre-packaged by mass consumer culture?

Fascinating insights like these can emerge when postmodern theory becomes so subversive that it subverts its own presuppositions and opens the door to discovering spiritual truths. Chu is only one of several examples. Take Quentin Crisp, the gay British cultural critic and self-proclaimed “naked civil servant” who could be said to be a gay/male (is anyone even male?) version of Chu. He’s another stark example of this paradigm of postmodern subversive subversiveness.

For Crisp, “being gay” did not amount to mere self-expression, but implied an existential orientation to reality. Crisp was constantly in search of a “Great Dark Man”: a mythical figure that homosexual men grasp at who embodies everything “they wish they themselves were: young, frail, beautiful, and refined”…a kind of platonic, Adonis complex, if you will. “The exotic had for them a great lure based on its rarity.” Crisp eventually came to the conclusion that he will never find this exotic, mysterious figure.

“Even under an exterior as rugged as a mountain range, there lurks the same wounded, wincing psyche that cripples the rest of us.” Though most homosexual men will take on a variety of “roles” or positions in their sexual encounters, they are in “search perpetually for a real man who desires passionately another man. This being, if he exists, is so rare that one might as well enter a monastery on reaching puberty.”

Crisp posits that homosexuality is predicated on an unfulfillable desire for the impossible, and thus he accepts that he will never find complete sexual fulfillment. This almost Augustinian sentiment brings him to face his mortality. “I can never get it into my head that I shall one day die,” he says to his friend’s Polish lover. “Neither can I,” she replied, “but I practice like mad.” Their “progress toward the grave” became mirror opposites of each other: the Polish lover converted to Catholicism and became a nun, and Crisp “took to sex” which “became a time-filler and ceased to be the pursuit of an ideal.”

One day the nun came to visit Crisp and her former lover. “The trouble with human nature is that you’re stuck with it,” she told them. “Every hour has been agony, but I could not have done otherwise.” Crisp responded that he found it to be “much the same with sex,” except that in pursuing the mythical Great Dark Man, rather than the Mystery of the Divine, “for the ennobling influence of anguish I was substituting the degrading effects of discomfort and exhaustion.”

Of course, Crisp’s insights into the relationship between queerness and Catholicism are hardly anything novel. Frederick Roden’s Same Sex Desire in Victorian Religious Culture catalogs the numerous same-sex attracted men and women who flocked to the Catholic and Anglo-Catholic Churches during the Victorian Era. Be it those in the Oxford Movement attracted to the “subversiveness” of the Church’s intellectual tradition, or the Decadents who were drawn to the carnality and peculiarity of the liturgical and artistic traditions, Catholicism appealed to queers in a way that neither British “respectability” nor sexual deviancy could.

Across the channel during those same years, the French Marc-Andre Raffalovich (enemy of Oscar Wilde and “spiritual friend” of Father John “Dorian” Gray) argued that “uranism” (attraction to one’s own sex) was ordered toward chastity, and not to sin. Like the eunuchs of old, the “superior invert” dedicates his life to serving God and neighbor, whereas the “inferior invert” indulged in unnatural vices like sodomy. Whether a holy eunuch or a “depraven deviant,” those whose sexual proclivities lie outside the norm tend to have a particularly keen awareness of the tension between the spirit and the flesh, the finite and the infinite, the sacred and the profane.

And so figures like Chu, Crisp, and the like are signs of hope that postmodern thought, when taken all the way to its furthest conclusions and not stifled by political ideology, can bring us back to those fundamental questions about what it means to be human.